Top > List of Examples of Use > Example of Use 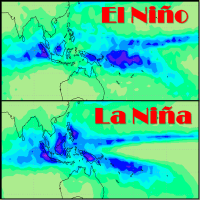 Figure 2 shows the six-month average precipitation due to El Niño and La Niña based on the long-term TRMM data using the JMA’s definition .
Figure 3 shows the difference between two maps in Figure 2. The convective activity over the ocean and continent is enhanced in the different area between El Niño and La Niña. It indicates the contrast of these precipitation data. 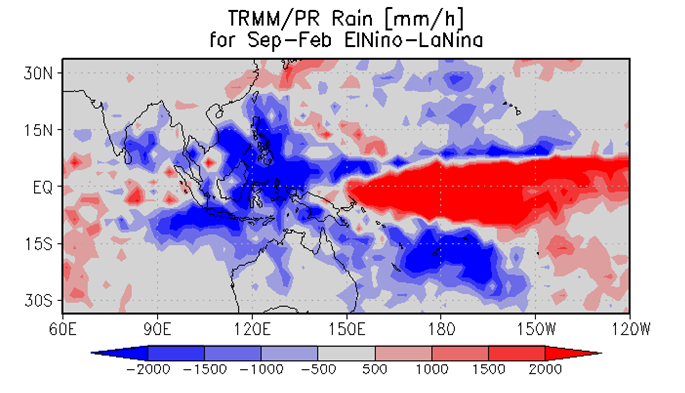 JAXA provides Case Studies using precipitation data obtained by satellites including TRMM/PR and GPM  that is a successor of TRMM, and GSMaP  using multi-satellites data. The case studies were written by actual users in Japan and overseas.
Please see below for more information.